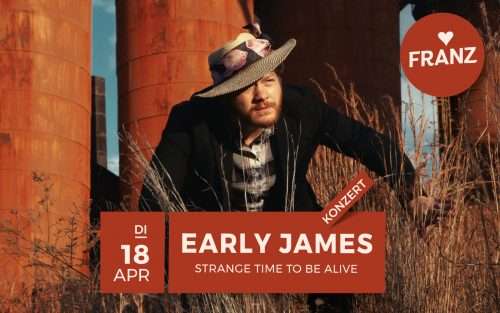 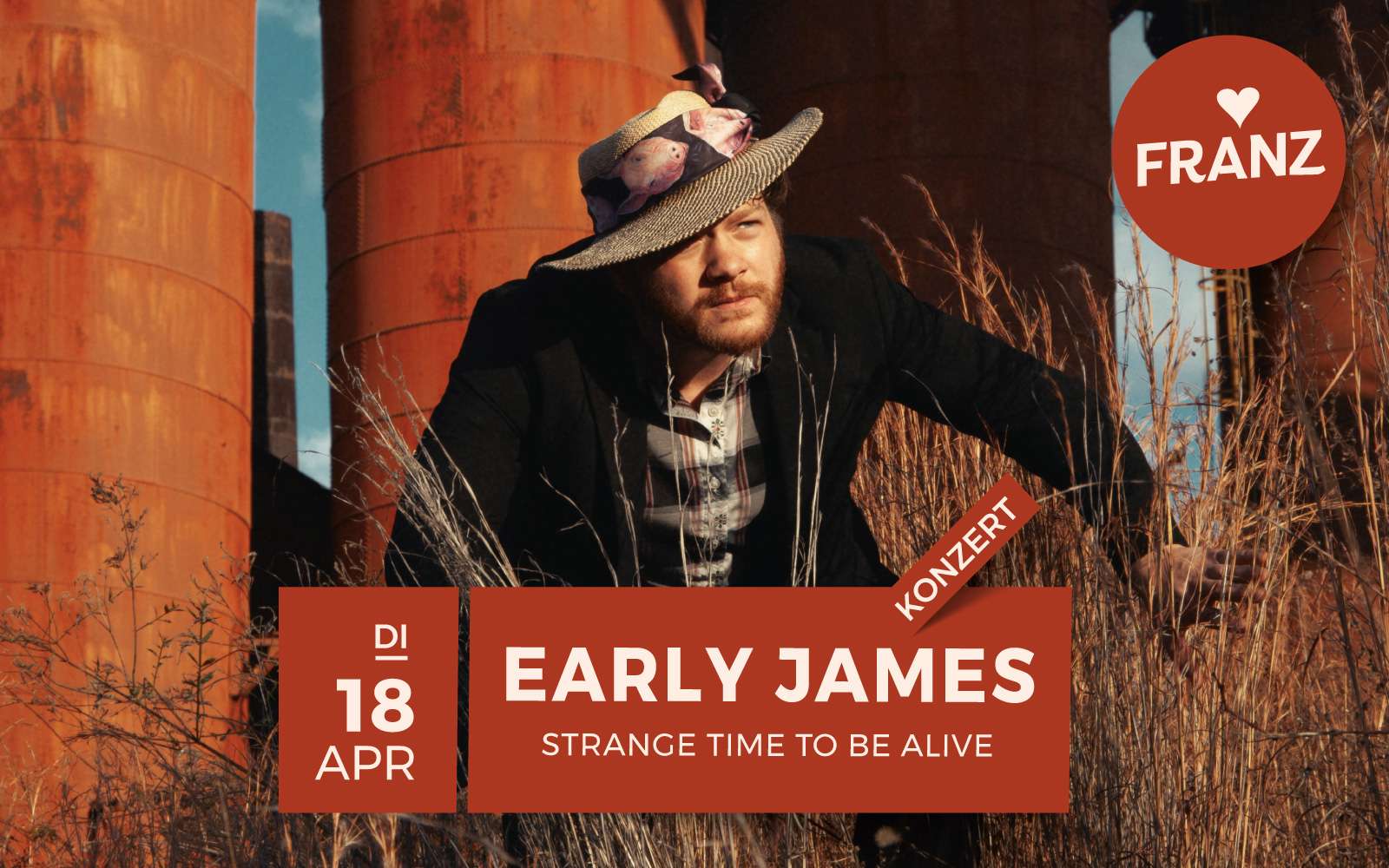 STRANGE TIME TO BE ALIVE

The sophomore album from Early James, Strange Time To Be Alive is the sound of an artist sublimely out of step with the world. With all the charmed eccentricity of a true poet, the Alabama-bred singer/songwriter takes in the endless absurdity he sees around him, then alchemizes his unease into a glorious patchwork of musical idioms: forsaken blues and contemplative folk songs, brooding murder ballads and lovestruck piano tunes. Produced by multi-Grammy Award winner Dan Auerbach, Strange Time To Be Alive ultimately extracts a certain magic from the madness, imbuing even the most painful truth-telling with a wild-eyed joie de vivre.

“I think it’s okay to admit you feel crazy or uncomfortable in your own skin—those are very human feelings that we need to say out loud,” says James. “I hope this record reminds people that everyone feels crazy sometimes, and that the real crazy people are the ones who won’t admit self-doubt.”

The follow-up to 2020’s Singing For My Supper (hailed by Mojo as a “luminous debut”), Strange Time To Be Alive came to life in three whirlwind days at Auerbach’s Easy Eye Sound in Nashville. “James is very particular with his lyrics and makes such uncommon choices, so I wanted to keep it raw and let that shine as much as possible,” says Auerbach. “His writing is so idiosyncratic; there’s not one song that feels like anything you’ve heard before. But then there’s also something in his sound that feels carved out of stone, like it’s from another time—it’s a very strange mix.”

Recorded live with many of the same musicians featured on Singing For My Supper (including his longtime bandmate Adrian Marmolejo on upright bass), Strange Time To Be Alive embodies a much heavier and more mercurial sound than its predecessor, thanks in part to James’s frenetic performance on electric guitar. “Last time I didn’t even bring an electric guitar but this time I’ve got a pedalboard,” he notes. “Back when it was just me and Adrian everybody thought we were a bluegrass band for some reason, and I’ve always wanted to play louder.” In shaping the album’s eclectic selection of songs, James also joined forces with such esteemed musicians as guitarist Tom Bukovac (Willie Nelson, Keb’ Mo’), drummer Jay Bellerose (Sharon Van Etten, Allen Toussaint), and keyboardist Mike Rojas (Tyler Childers, Yola). The result is a prime showcase for James’s singular voice, an element that proves infinitely captivating whether he’s assuming a growling ferocity or crooning tenderness or the dazzling theatricality of a cabaret singer.

A fitting counterpart to his chameleonic vocals, James’s lyrics contain equal parts poetic observation and candid introspection and fantastically warped humor—a dynamic established in the very first lines of the album-opening “Racing To A Red Light”: “Oh Lord, I think I just might/Be betting on a thrown fight/Between a man and a mannequin/Just lost to a banana skin.” Sparked from a bit of dialogue from True Detective season one, “Racing To A Red Light” unfolds in languid rhythms and spectral guitar tones as James quietly vents a litany of frustrations (e.g., the dearth of original thought in online discourse, the showboating behavior of billionaire moguls). “At the time I was getting fed up with seeing the same comments copied-and-pasted from the safety of anonymity on the internet, from people who can’t think up their own response to anything happening in the world,” says James. “That song’s a subtle dis to all that, and also to the people who think it’s a better idea to race to Mars on a rocket than to try to fix the planet we actually live on.”

Another piece of world-weary commentary, “What A Strange Time To Be Alive” slips from sighing resignation to soulful intensity as James laments the insidious chaos of modern life (“No boundary left to cross in this God-forsaken snow globe”). “I know that every generation probably feels like they’re going through the toughest of times—but, damn, it really is a weird world to live in right now,” says James. Co-written with Matchbox Twenty’s Rob Thomas and White Denim’s Austin Jenkins (whose co-writing credits also include Kacey Musgraves and Leon Bridges), the track’s heavy-hearted mood is profoundly brightened by Bukovac’s resplendent slide-guitar work. “There’s a uniquely Southern haze to that song, where James feels completely in his comfort zone,” Auerbach points out. “The take we got felt just right, kind of like a worn-in baseball glove.”

Elsewhere on Strange Time To Be Alive, James looks inward to examine the darker corners of his own psyche, such as on the magnificently brutal “Harder to Blame.” “Sometimes when you’re young, you blame the crowd around you for all the bad habits you’ve developed,” says James. “But then the older you get, the more you realize that there’s really no one to blame but yourself.” With its blistering riffs and bombastic drumbeats, “Harder to Blame” made for one of the most explosive moments in the recording process. “Jay Bellerose was smashing the drums so hard that the engineer wanted to turn it down, but I thought we should just leave it and let it go,” says Auerbach. “There’s a lot of terror in that song, and the way James sings it puts sharp edges all over the place.” On “Real Low Down Lonesome,” fellow old-soul Sierra Ferrell joins in for a time-bending duet documenting a doomed love affair, their two otherworldly voices careening through the track’s lush arrangement of Cuban percussion and piano and gut-string guitar. “When we were writing that one I was imagining some sort of noir film about two narcissists who use each other and still end up with nothing,” says James. “Sierra’s vocals are so drenched in reverb and I love how strange it sounds—it’s almost operatic.” And on “Pigsty,” Strange Time To Be Alive shifts into a stunning vulnerability, presenting a sweetly ramshackle love song rooted in Rojas’s jazzy piano work and James’s oddly delicate confession of affection (“You’re like a stick of Zebra Stripe that I’m afraid to chew”). “It’s about when my girlfriend and I first started dating and we were both feeling apprehensive about a lot of things,” says James. “At the time I lived in a one-room apartment we called my pigsty ’cause my guitars were always all over the place, and I turned that into a song about the despair of not knowing what would happen and worrying I might lose her.”

Naming Fiona Apple as an essential inspiration on his lyrical sensibilities (“She’s a master of making light of dark, depressing subjects, and using alliteration without ever sounding like Dr. Seuss”), James first started writing songs as a teenager growing up in the small Alabama town of Troy. “I had a Nextel flip phone and I’d use my voicemail to record all these blues songs I’d written,” he recalls, also listing Hank Williams, Nirvana, and Tom Waits among his formative influences. At the age of 15, he played his first gig at a biker rally in nearby Luverne, and soon began booking four-hour sets at local dive bars. Not long after finishing high school, he moved to Birmingham and quickly became a fixture in the city’s melting pot of a music scene. Within several years, a video of James opening for Nashville-based singer/songwriter Katie Pruitt caught the attention of Auerbach, who promptly signed James to his burgeoning indie label Easy Eye Sound.

Looking back on his journey to date, James reveals a distinct lack of calculation when it comes to his career path. “I never really know what I want to make, so it’s always fun,” he says. “There’s never any pressure, and as long as people keep liking the songs then I’ll keep recording them.” But despite the spontaneous nature of his creative process, he hopes that his songs might leave an indelible imprint on the audience. “For me writing songs is a form of self-reflection and therapy—once I say something out loud and people respond in any kind of positive way, it makes me feel less crazy and helps me to move on,” he says. “To make someone else feel or make someone think or even make them laugh is a really cool job, and I definitely feel lucky to have it.”

FRANZ I Die Kultstätte in Aachen 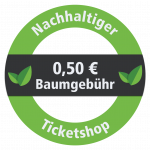